Read the first “mini-reviews” here. And I suppose this should have been “mini-reviews, 2”, but what the hell.

I’ll keep this short because it’s hot and I’m cranky. 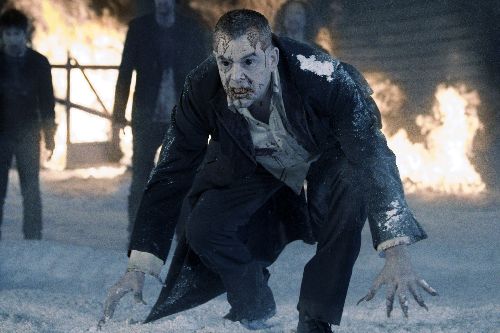 Well, okay, when the movie first came out I actually liked the idea of vampires terrorizing a small town in Alaska. (And no, not because of her. I didn’t know Palin then.) Cool premise: somewhere in Alaska the sun won’t shine for a month – what if vampires arrived at the place? And what if Josh Hartnett was the sheriff? OMG.

Whatever, my sister lent me a VCD (along with a brontosaurus fossil) and I didn’t even bother to pay attention to the second disc. The biggest action sequence in the film is the overhead tracking shot of the vampire attack that this reviewer liked so much, but the scene didn’t affect me in any way. The gore and the horror at times resembled 28 Days Later , but the film felt empty. I felt bad for the Jake Oleson character in the end for having a stupid big brother, but other than that, I didn’t really care.

The NYT said “the performers have little to do besides spill and drink blood in this tedious, inconsequential B picture.” Yeah. Thank goodness I didn’t see this in the theater. At least with the VCD I could fast-forward.

This one unfortunately I watched in the theater. 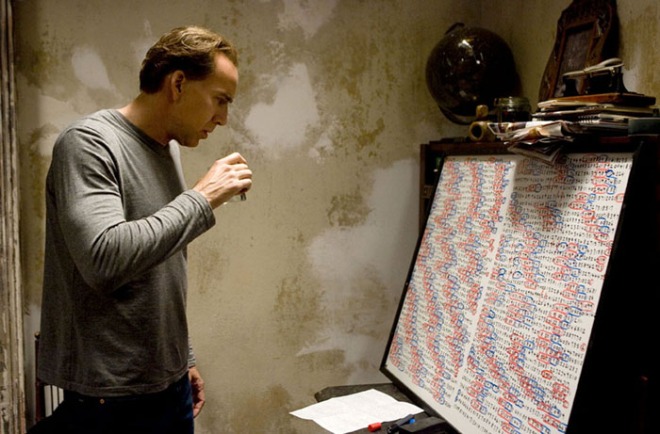 Knowing teaches us that Google has all the answers, and that when we finally meet the aliens before the world ends we realize that they all look like Spike from Buffy, The Vampire Slayer. There’s a spoiler in that sentence somewhere, but I don’t give a shit. I was hoping to see an intelligent film. Or a really, really stupid film that I’ll still enjoy, like Eagle Eye. Instead I’m given the worst kind – a sci-fi popcorn flick believing, in its heart of hearts, that it is not ridiculous.

I would have forgiven the stupidity if I found the characters engaging. I didn’t. (The “You and me together forever” bit via sign language made me puke in the mouth. I almost expected Spielberg and E.T. to pop up somewhere.)

Roger Ebert loved the film, but I think he’s just giving it too much credit.

Anywho, I’m looking forward to seeing Monsters vs. Aliens. :) I was supposed to see it on opening night, but I ran out of money. My siblings think their Ate is an ATM.