Still not the kind vegans will be proud of, but hey, we’re trying.

Lunch – Romain lettuce with dressing on the side and chicken fingers; yogurt for dessert

Lunch # 2 – For me:  Seafood tempura meal at Tokyo Tokyo

Heh. Jake had an exam, and I still had at least half a dozen SM GC’s, so I went to the mall and shopped. I was so hungry. But at least I didn’t order a steak. Hence, the meal at Tokyo Tokyo.

I bought three tops, a pair of sandals (that looked like those fake pairs you see in Philcoa hahaha!), and a dress.

When Jake and I met up later for an early dinner, I found these babies at Comic Quest.

The Philippine Genre Stories Horror and Christmas issues. Excited to read them. :)

Jake was feeling down after his exam, so we decided to really eat, and headed to Burgoo. While waiting for the food, he worried over a Math problem. 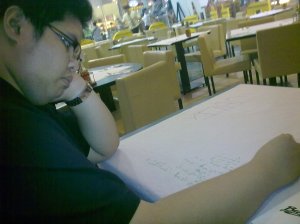 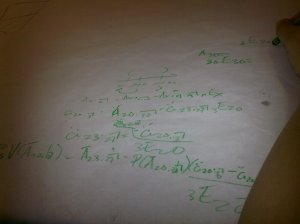 Dinner: For us: Burgoo Stew

For me: Chicken Steak (with potato wedges and corn salsa)

For him: Chicken and Seafood (with rice)

Late at night, we had homemade margarita and Baked chips (less fat) while watching Flight of the Conchords, the perfect show for drunken folks. 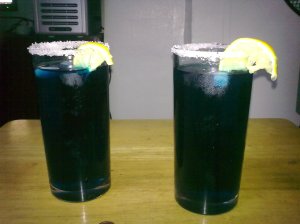 Breakfast – Romain lettuce with dressing on the side, toast with cottage cheese, coffee

Lunch – Hotdogs and eggs with rice; yogurt for dessert

Carrot chips with dressing on the side for snacks while watching some TV shows.

For him: Chicken and ribs meal (with soup, salad, side dish and brownie)

For me: Ribs meal (with side dish and choco mousse)

Breakfast – Hotdogs and eggs with rice and coffee

I’ll have a couple sandwiches later. :)