I had vertigo in grade school. Benign paroxysmal positional vertigo, to be precise, though of course I didn’t know it was called that. (I didn’t have Internet, then. Ha!) I’d get the dizzies if I lay on my side, or if I tilted my head up and down. Sometimes even when I lay down flat on my back. I would have to elevate my head with pillows when I sleep, and try very hard not to move. It faded away after a week or so.

I had the dizzies again on Sunday, and I still had it on Wednesday night, along with an excruciating headache that crawled down my forehead. I didn’t want to go to a hospital, and I was so sure it would just fade away like last time, but Jaykie was worried, which got me worried, so on Thursday morning I asked him if he could drive me to St. Luke’s.

I’ve always thought St. Luke’s was the shiny building in the middle, so I went straight there with my Medicard. Alas, outpatient clinics are in the more rundown buildings on either side of the shiny building. I went to Medical Arts first (“Strange term, Medical Arts,” Jaykie said), and was told to go to the PET building right across. So off I went to the PET building. I was told to go to Room 713.

Room 713, I was sure, was empty and locked. I waited some more (Jaykie was still parking). Finally I asked the busy Room 711 for directions. Apparently I was in the North part of the building. The Medicard room is in Room 713 also – but Room 713 SOUTH.

The world was spinning – literally – and I could only think, Which smartass sumbitch thought of giving the same room numbers to both wings?

(Actually, now I’m not sure. Maybe I was waiting in the South wing when I should have been in the North wing. The point is I was in the wrong wing standing in front of the same room number. You get the drift.)

So I went to Room 713. I said “vertigo” and I was referred to an ENT doctor in Room 812. There was a line, of course. The wait took TWO HOURS. I mean, wow. We were able to eat lunch in the middle of it. (I kept apologizing to Jaykie; waiting sucks.)

BPPV was the diagnosis, and I was told to move instead of avoiding the vertigo-inducing positions. “You’ll notice that the dizziness disappears.” She recommended three hearing exams: pure tone audiometry, speech audiometry, and brainstem auditory evoked response.

All three exams had to be taken in the main building. Shiny! I had to wait in line in the cashier to get a receipt for the exams, but at least (and I kept reminding myself this to suppress vertigo rage) I didn’t have to pay.

The audiometry exams were simple. A technician puts an earphone over your head, and everytime you hear a sound, no matter how soft, you raise your hand. Then the technician reads words to you, and you have to repeat the words back to her. Took twenty minutes, and I was able to get the result right away. (Left ear had mild senso – something. I didn’t bother to figure out the graphs.)

I couldn’t take the BAER the same day, so I had to go back early the next day. Torrential rains, and I had to go back so I could have my nervous system checked. Argh. Here I was made to lie down, and a technician attached electrodes (electrodes! like in Fringe!) on my head and inserted earpieces in my ears. I was made to listen to clicks and whirrs for an hour. I was told to relax, but come on. Anyway, I did my best. I certainly couldn’t sleep.

(I got the results from fax today. More graphs, but everything looked fine.)

Jaykie downloaded a PDF reader on his PSP so I could read my ebooks. Now I want a PSP. LOL.

We had tequila on Friday. Though it gave me incredibly painful stomach cramps at two in the morning, it cured my vertigo! Or so I think.

We went to the OGM on Saturday. Had fun. Played Incan Gold (where sometimes you win if you decide to run away – I don’t like the values this game teach LOL!), Senators (I won!), Dixit (lovely French game where you are handed cards with surreal imagery – I. LOVED. IT. I would buy that fucking card game! Though I don’t get the name.), and Werewolf, which unfortunately we had to end before we could finish the game because it was getting late.

Realization: What I need in the OGM is a constant game partner who can play some lousy boardgame with me while Jaykie is in RPG. Heh. Anyone? Yes?

This morning is foot spa day! My soles were scrubbed raw, and now my feet and my toenails are happy. 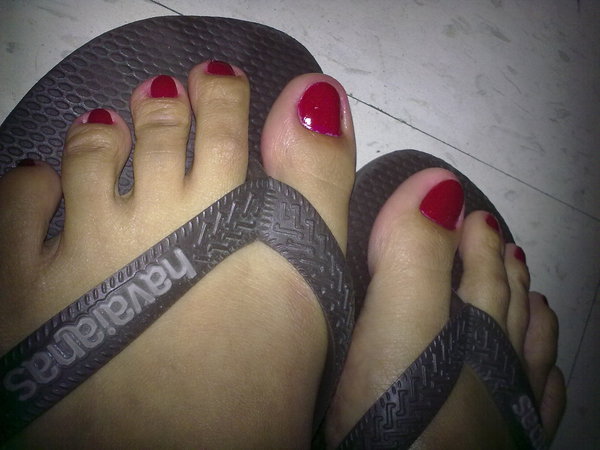 I need time to re-write a story for an editor who is kind enough to want it for publication. AGH GIVE ME TIME WHY IS IT SO HARD TO WRITE NOWADAYS.

I want to go home on my birthday. Please don’t let me spend my birthday with the first floor flooded.

3 thoughts on “a trip to the hospital, weekend games”