I haven’t seen the original Tron, but I can say that Tron:Legacy, set twenty years later, is a stunning visual feast. Though the lead actor’s acting skills aren’t memorable, the rest of the cast makes up for this misstep. Jeff Bridges is perfect as the Creator trapped in his own program, Olivia Wilde is both hot and adorable (“Do you know Jules Verne? What is he like?”) and Michael Sheen, with his cane and manic eyes, gives the film a lovely Clockwork Orange hue. I love the idea of the Games, the isolated algorithmic programs, the out-of-control Created. And the visuals! The music! Daft Punk! I love how everything’s over-the-top. I wouldn’t mind seeing this film again.

We saw the film in Newport Cinemas inside Resorts World Manila for free. Or rather, in exchange for points. Jaykie’s family goes to RW often, so they urged me to get a membership ID even if I don’t really play. (I played maybe twice, and I lost both times. Malas.)

I got the ID for free months ago, and Jaykie’s mom loaded it with points. Last night, Jaykie and I used our IDs to get movie vouchers for just 50 points each and buffet dinner for 188 points each. (Movie promo’s only till end-year though. We’re planning to go on the 27th to watch Rosario.) 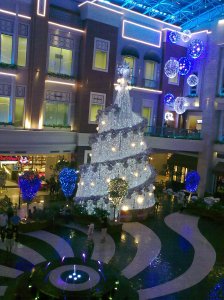 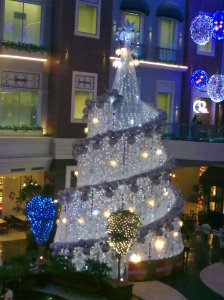