And in this issue, we look at –

One of my favorites, Idris Elba, stars here as DCI Luther. You know the type. Ruined protagonist (dark past, check; estranged wife, check) who routinely breaks the law in order to solve crimes and exact justice. My problem is with the first season. It manages to produce one of the most disturbing hours of television I have ever experienced (“Episode 3”), but the rest of the cases are blah, and Luther’s genius is more fantastic than awe-inspiring. Seriously, there are times when I just sit back and think, “He just pulled that explanation out of his ass.” And then he befriends a psychotic killer! This makes (a screwed-up kind of) sense later in the series, but I wish the arc has been handled better. Watch Series 1 just for the sake of making sense of Series 2, which is thrilling and terrific, and what Luther should have been from the get-go.

J and I, before watching the movie.

“Me neither. But I’m watching this for Simon Pegg.”

This movie, oh God, this movie challenged my power to suspend my disbelief, but hell yeah, it’s fun. 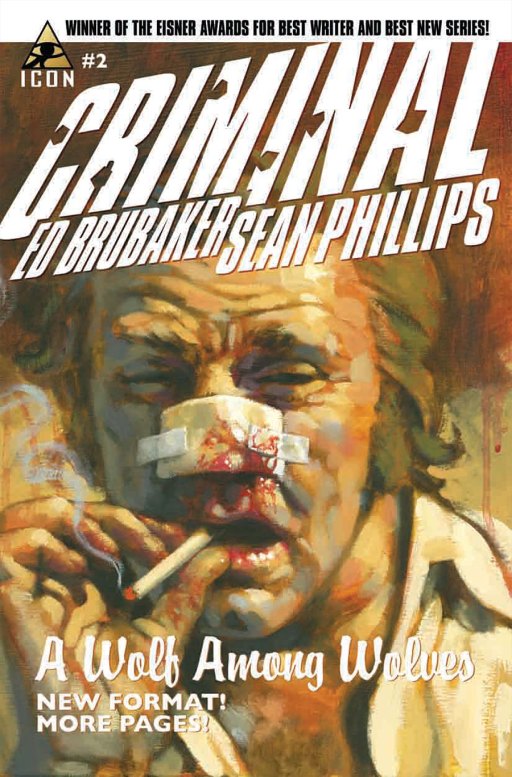 An ongoing crime series by Ed Brubaker and Sean Phillips. I don’t think I’ve ever read a straight crime (as opposed to crime/fantasy or crime/horror) series as good as this. It is so good. Every issue ends with an article concerning crime films and literature, and I particularly liked the article discussing what film noir really is while talking about a film based on a Marlowe novel. The author argues that film noir is not simply a style thing, it’s a the-system-is-inherently-flawed-and-there-is-no-hope thing. So Bogart as Philip Marlowe in The Big Sleep is not film noir because he “even gets the girl in the end”. It’s a detective film, but not film noir. Perhaps I can argue that Luther is film noir.