Sinag is a non-profit organization “dedicated to giving students in the Philippines the opportunity to complete their education and have a better chance in life. We provide an online microfunding platform which allows concerned citizens from all over the world to contribute any amount to a student loan fund that helps financially struggling students graduate from school and realize their dreams.”

Sinag recently opened an art exhibit and fundraiser called Dreams on Canvas on May 24, Saturday, at the Bulwagan ng Dangal near the Main Library) in UP Diliman. The artworks will be available for viewing until June 24. Do drop by and buy an artwork if you are able, or share this with art aficionados you know who’d like to add a painting to their personal collection.

If you want to help now, you can make a one-time donation of PhP 1000 and up, or be a sponsor by donating PhP 500 monthly. Read more about it here. 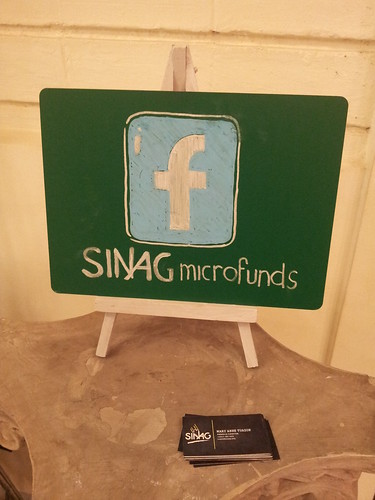 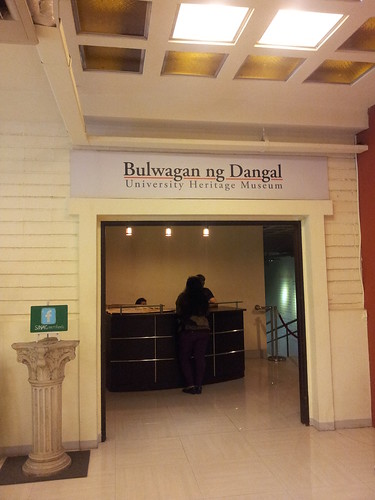 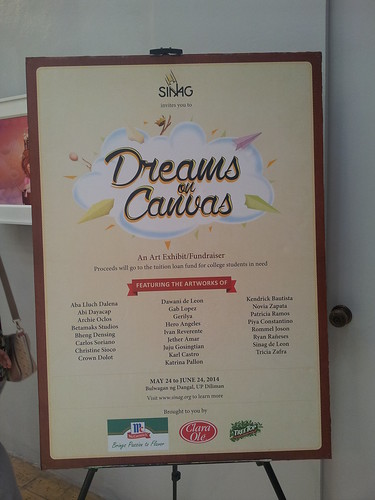 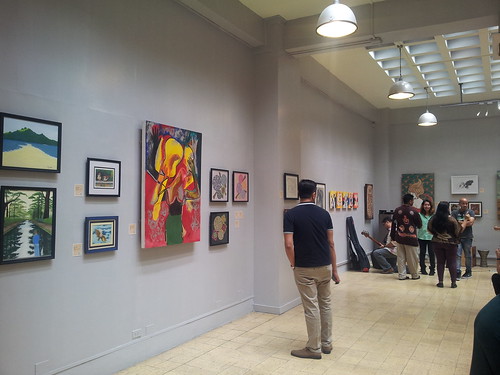 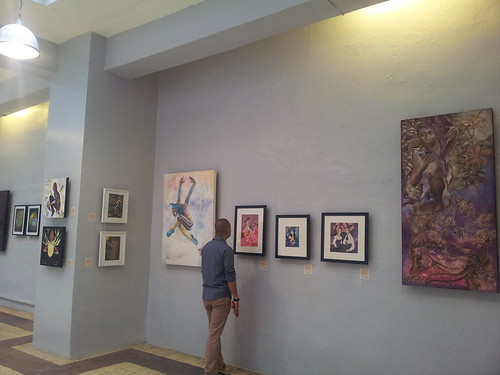 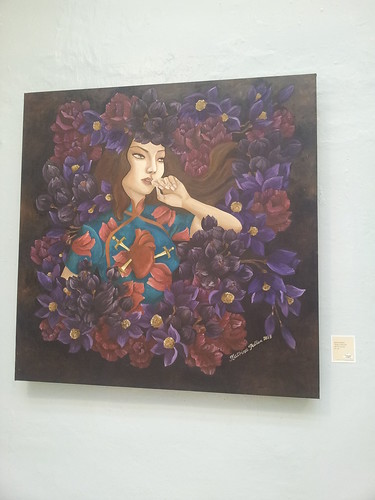 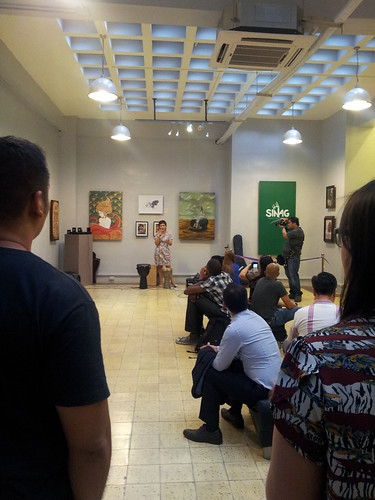 J and I are UP alumni, and we have never heard of the Bulwagan. It’s a bit embarrassing. But it’s a beautiful place with rotating exhibits, so do check it out! 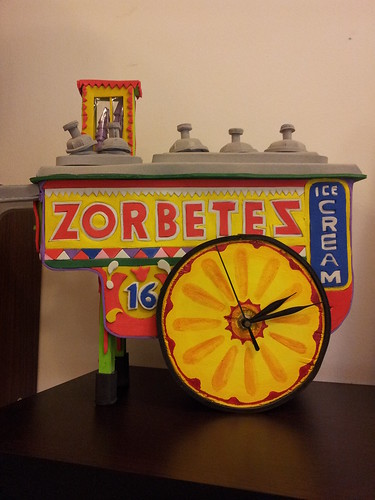 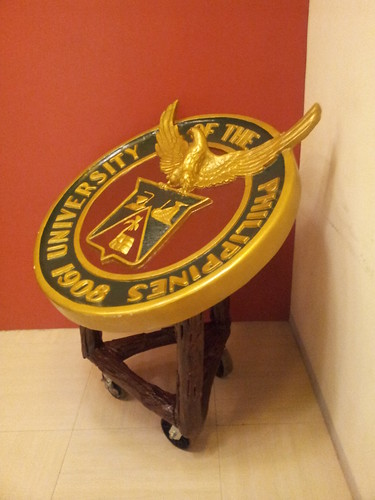 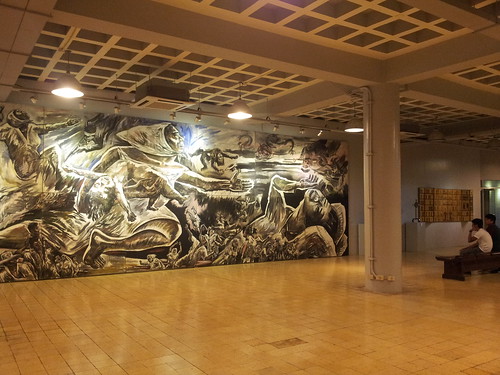 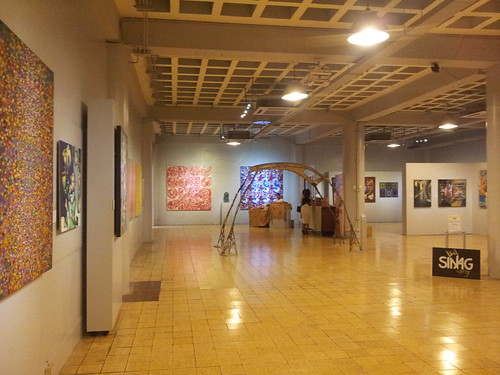 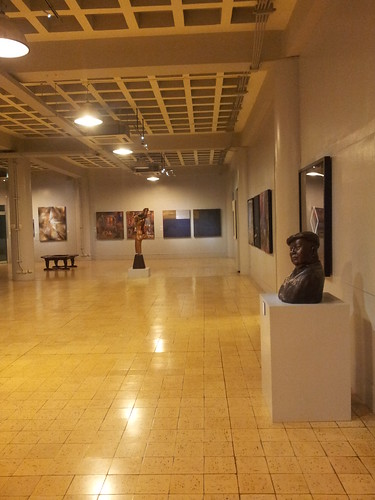 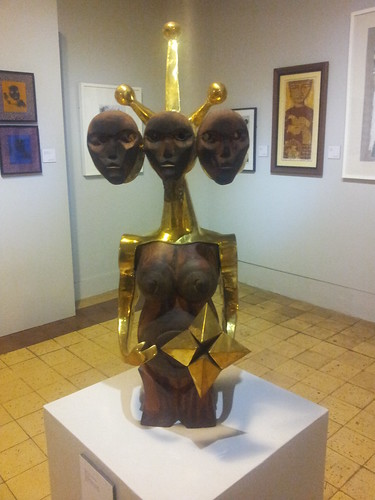 While the Spanish colonizers relied on friars and the mestizo class to rule the Philippine archipelago, the Americans — despite their egalitarian policies, democratic rhetoric, and efforts to ‘Filipinize’ the state — relied on Spanish-era elites — intent on preserving the status quo and expanding their base of power in a new period of prosperity — to ‘govern’ the country. The modern Filipino state, largely built and upgraded during the American period, had a simplistic democratic accent: elected legislature. The problem was that the ‘representative’ legislature was dominated by the landed elite, who, in turn, did their best to block any effort at developing an independent and powerful state, executive leadership, and bureaucracy, which could push for egalitarian policies such as land reform. There was no corresponding effort by the colonial masters to truly establish a powerful executive and bureaucracy, capable of prospering on its own. In this sense, one could say that — following Isaac Berlin’s concepts of freedom — the Philippines (under its colonizers) only developed an adulterated understanding of democracy, along libertarian lines, which emphasized ‘negative freedom’ (non-interference/intrusion of the state in individual’s lives and property) at the expense of ‘positive freedom’ (basic social and economic rights for all citizens). As a result, the Philippines has had not only a defective democracy — whereby citizens are formally equally, but in reality an oligarchy is in charge — but also a weak state struggling to craft an optimal economic calculus.

From “Why the Philippines Failed?” by Richard Javad Heydarian on the Huffington Post.

Reading this, thinking about this.

Typhoon ‘Yolanda,’ one of the strongest typhoons on record struck the Philippines, forcing hundreds of thousands from their homes and knocking out power and communications in several provinces.

TACLOBAN CITY, Philippines—Tormented survivors of a typhoon that is feared to have killed more than 10,000 in the Philippines rummaged for food Sunday through debris scattered with corpses, while frenzied mobs looted aid convoys.

Two days after one of the most powerful storms ever recorded flattened entire towns across part of the Southeast Asian archipelago, desperate survival tactics created fresh horrors.

On the outskirts of Tacloban, a coastal eastern city of 220,000 where tsunami-like waves destroyed many buildings, Edward Gualberto accidentally stepped on bodies as he raided the wreckage of a home.

Wearing nothing but a pair of red basketball trousers, the father of four and village councilor apologized for his shabby appearance and for stealing from the dead.

“I am a decent person. But if you have not eaten in three days, you do shameful things to survive,” Gualberto told AFP as he dug canned goods from the debris and flies swarmed over the bodies.

“We have no food, we need water and other things to survive.”

For those who do not have PayPal and/or credit cards and wish to donate cash, this is the most convenient donation portal I’ve seen so far: Simply log in to http://www.bpiexpressonline.com and choose Payments & Reloading > e-Donations > ABS-CBN FOUNDN SAGIP KAPAMILYA.

(This portal of course requires prior enrollment for BPI Express Online and an active BPI bank account.)

Ayala Foundation and Bantay Bata are also listed under e-Donations.

Simpler still: anyone with a cell phone can donate to the Red Cross.

Rappler collates a list here of groups that receive donations, including the Philippine Daily Inquirer, LBC, DSWD, various schools and universities, and local government units. Here is another list by Rappler about Yolanda’s effects per province.

I personally believe cash donations are the way to go. The groups mentioned (especially the Philippine Red Cross) have years of experience in helping and reaching disaster victims. They would know best what items to buy and deliver and in what amount and where. The cash donations would also help defray costs of actually reaching the affected areas, some of which can only be reached via plane or helicopter.

We are safe here in Luzon, most of us stuck at work, but we can still help. Thanks for reading.

An earthquake with energy equivalent to “32 Hiroshima bombs” jolted the Visayas, and parts of Mindanao and southern Luzon early Tuesday morning, causing centuries-old churches and modern buildings to crumble, disrupting power and phone services, setting off stampedes and killing at least 97 people.

The 7.2-magnitude earthquake struck at 8:12 a.m. with its epicenter at 2 kilometers southeast of Carmen town in Bohol province, known for its chocolate hills and tarsiers.

Offices and schools were closed for a national holiday—the Muslim festival of Eid al-Adha—which may have saved lives.

Bohol and Cebu have declared a state calamity as the death toll rose to 97 in the two provinces, including a 9-year-old girl who died in a stampede that broke out at the queue for the cash transfer program in Pinamungahan town, Cebu.

Panglao is probably my favorite place in the world. My siblings and I were just in Bohol in late August, enjoying the food, the trip down the river, the fine sand of the beach. My siblings, who were visiting Bohol for the first time, fell in love with the place. Less than two months later and the Baclayon Church is ruined, the Chocolate Hills ravaged. I grieve the fatalities, and the ruined churches and national landmarks.

Many roads and bridges were reported damaged, but historic churches dating from the Spanish colonial period suffered the most. Among them is the country’s oldest, the 16th-century Basilica of the Holy Child in Cebu, which lost its bell tower.

A 17th-century limestone church in Loboc town, southwest of Carmen, crumbled to pieces, with nearly half of it reduced to rubble.

The Provincial Disaster Risk Reduction and Management Council of Bohol also received reports of damage to old churches in Loay, Clarin and Baclayon as well as the belfry in Panglao.
Read more: http://newsinfo.inquirer.net/507373/bohol-earthquake-strongest-to-hit-visayas-and-mindanao-in-over-20-years#ixzz2hs2halHj

Although Maring (international name: Trami) never hit land, it intensified the southwest monsoon (habagat), generating torrential rains that pounded Metro Manila, Central and northern Luzon and two other regions to the south of the main island for five days.

How’s that for a five-day storm-tossed house-arrest-like weekend for everybody? Our home in Bulacan has been flooded for a week now, as per usual, and our apartment floor leaked rainwater. Not our ceiling, our floor. I don’t get it either. I hope you are safe and dry and have enough food in your kitchen.

Silver lining: My short story collection, A Bottle of Storm Clouds, is included in the list of nominees for the 2013 Filipino Readers’ Choice Awards. Nomination is open until tomorrow!

UPDATE (8/23): Longer list of nominees now that the deadline is approaching. The Viewless Dark also nominated for Novel in English. Thank you!

Also found out that “Siren Song”, from the same collection, is longlisted in The Best Horror of the Year Volume 5. See the list, in two parts, here. Thank you!

The arguments of religious men are so often insecure, and their insecurity is proportionate to their anger. Why do we get angry about what we believe? Because we do not really believe it. Or else what we pretend to be defending as the “truth” is really our own self-esteem. A man of sincerity is less interested in defending the truth than in stating it clearly, for he thinks that if the truth can be clearly seen it can very well take care of itself.

Below is the official statement of the Inquirer:

”It is with great sadness that we announce the passing of our beloved publisher Isagani “Gani” Yambot. He will surely be missed but his spirit lives on in the work we do to ensure editorial policies are closely followed.

“We are very grateful for all of his contributions and we applaud his passion and commitment to his work. We request that you join us in prayer for the eternal repose of his soul.”

I was an Inquirer Researcher from 2007 till July of last year, but I first met him in college, while taking the exam for an Inquirer scholarship (which I later won with other classmates).

I remember hearing the news about his health scare, and his subsequent requests for articles about heart surgery, heart bypass, and maybe non-traditional procedures? He was still on leave then, recuperating, and he’d ask me to print out the documents and leave them at the front guard. I’ll have someone pick them up later.

He was looking at his options. He was trying to save his life.

I get sad whenever I think of those Sunday afternoons, him phoning and asking Research to look for articles that could save his life.

You know what stress and deadlines and the daily grind could do to you. Editors have screamed at me over the phone, but not him.

I could say this: he was never mean.

I hope you remain jolly wherever you are, sir. Rest in peace.