This year’s mantra is (all together now) WE NEED TO SAVE MONEY. But the company still threw a party on Tuesday. As scheduled. (Hey, it’s the anniversary – there has got to be a party.) 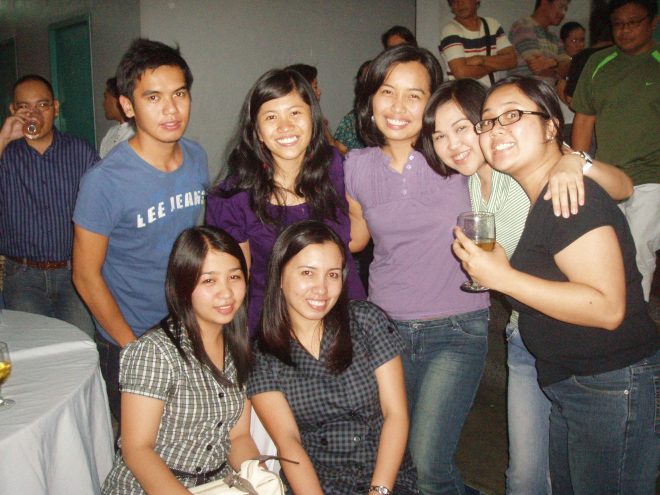 Every year, the Big Bosses buy trinkets from NGOs to be given as gifts to the employees. This year, they bought angels. I appreciate this more than last year’s Christmas ball/deadly weapon.

(You hypocrite. Just say you loved the enclosed donut coupon.)

Oh, and it also came with a donut coupon. Almost threw the envelope away, the angel was so enthralling.

Anyway, the party. Yes. Earlier that day, Armin dropped by the department to show off his ferosh footwear.

Which turned out to be more ferosh with the pink top and the make-up.

A certain celebrity guest appeared to be a snob. Or in a hurry. Disappeared before anyone could even say, “Kuya, meron kang career?”

Some were gracious enough to pose for pics: 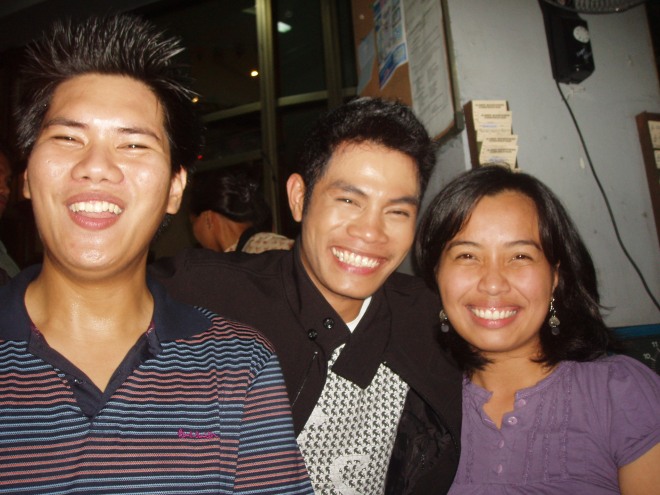 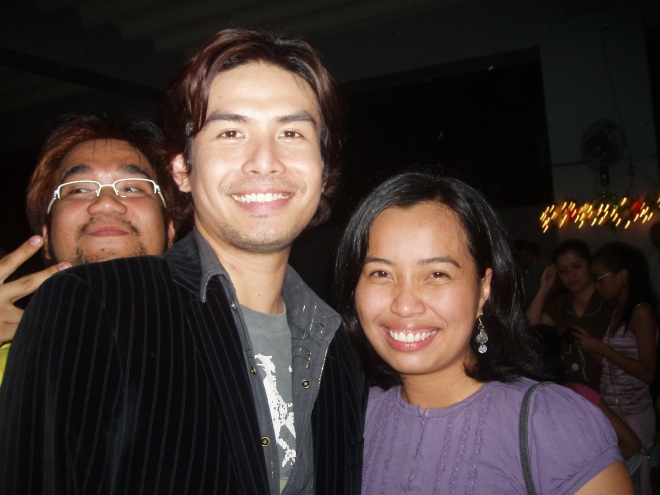 Emman for the win, hehe. :D 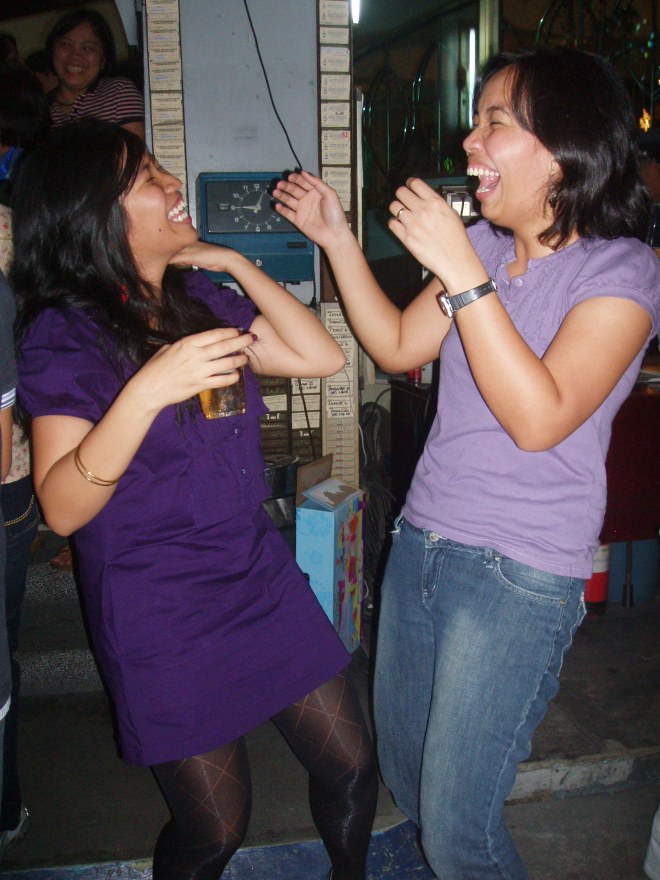