When I saw the trailer my conclusion was: this is  going to be like Hitch.  Exactly like Hitch. Hitch 2. The makeover movie involving men. But I saw the film last night, and despite the many shots of ties and Italian shoes and the bar montages and that hilarious GQ-esque slow-mo on Ryan Gosling, Crazy, Stupid Love is in fact more than that. There were big reveals that I didn’t see coming, and the film had the funniest climax I had ever seen in a comedy. Pun not intended. 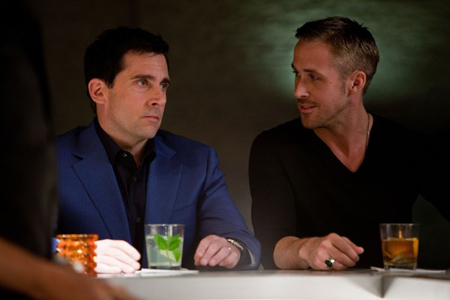