On Sunday afternoon, we went to Fully Booked High Street to meet up with the comics creators comprising Studio Salimbal.

Since we were there early we had lunch first and I hunted down a copy of Yvette Tan’s Kaba, her collection of 50 scary tales in Filipino. It’s so small! Here’s a copy, with my brother for scale. 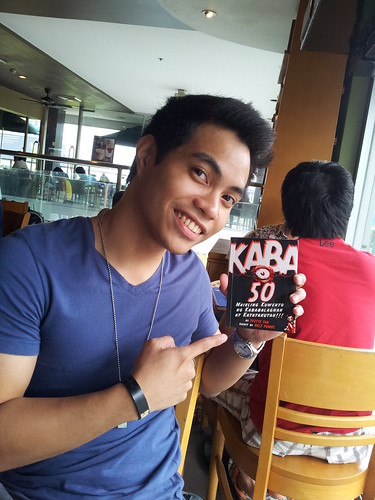 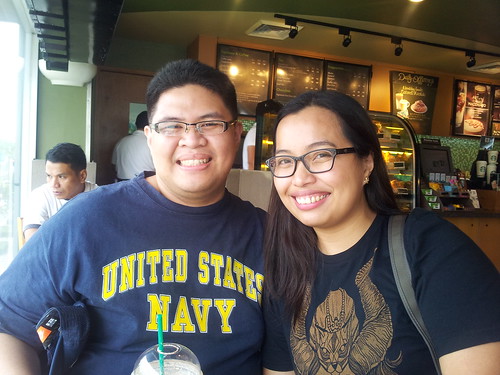 The talk started on time at the Forum (4th Floor, Fully Booked, right on the floor with all of the comics). I was surprised by the number of people who showed up. Some had to sit on the floor, or stand up at the back and outside the door. 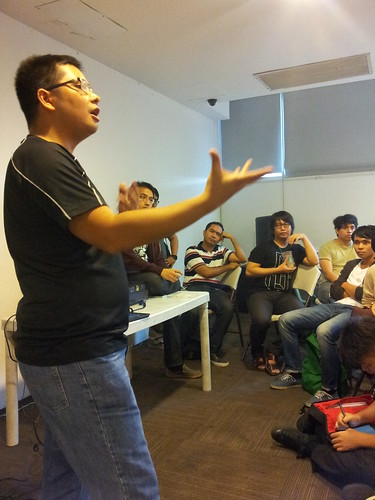 Something about the studio:

There’s a lot of talent out there.

Within the Philippines and without, there is a glut of wonderful artists, incredible writers. If you’re a comics fan, you almost have too many choices, both paid and free, in terms of genres and formats and creators (not to mention the other media battling for your attention).

I’m not complaining, mind you — as a reader, as a fan, this is a golden age. As a creator, seeing so many good stories is a welcome challenge.

But it must be said: To reach readers in this golden age, it’s not enough to simply be good — you have to stand out.

It can be a daunting task for one person —

— less so, for fourteen.

Our goals are simple: to create comics, and to create a community. To do so creatively, coherently, consistently.

We will be in stores. We will be at conventions. But we’ll also be online in a big way, with most of our stories being serialized as webcomics, because that allows us to give readers something new easily, consistently, and constantly.

How constant? By 2015, we believe we will have enough comics that we’ll be able to publish a new page every weekday for the entire year.

Our site at salimbalcomics.com — designed by the multi-talented Mervin Malonzo — will be launching this April. We’ll be running Mythspace: Lift Off as our lone weekly comic to start, followed by another Mythspace story later in the year. We’ll be using this year to test the waters, to form a community, to get used to working as a team. But behind the scenes, we’re already working on next year’s stories, and it’s a buffer we’ll be looking to maintain moving forward.

The goal is simple — not easy. But that’s why we’re doing this together — and why we would love to have you all along for the ride.

The Salimbal, after all, is a magical ship from Philippine folktales that allows people to travel to a better future. In our case, we’re hoping that our own tales will help create a better future for Philippine comics.

I sat at the Writers Panel, and we talked about our processes, schedules, the places where we get our ideas, and a little about problematizing the Filipino identity as writers (which I think deserves a panel all of its own). 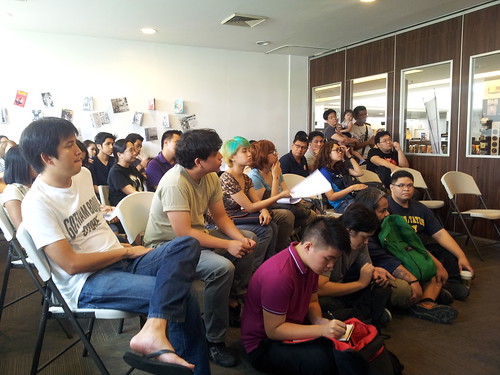 The next two panels were for the artists, and a presentation of future projects. Important topics discussed were the sustainability of the industry (can we earn enough to quit our day jobs and just produce comics?), production (is it possible to not tailor our production around the convention schedules, ie can we produce more than two new titles a year, or at least finish an entire run instead of releasing several First Issues?), and distribution (can we distribute in places other than the book stores?).

I went up and presented After Lambana, which you can read about here.

After the talks closed, I had the chance to say hi to Bea Pantoja of The Dalaga Project. I didn’t know she was Tintin’s sister!

And here is Studio Salimbal, posing for their class picture. 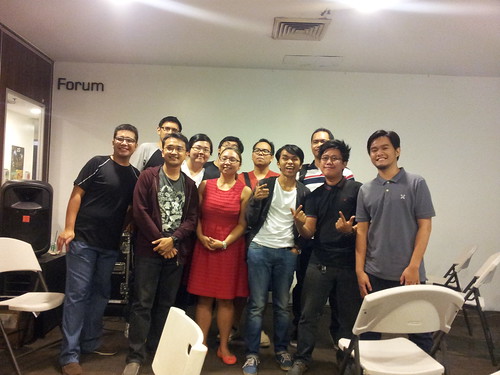 A random celebrity sighting when we left the venue. My brother with Marc Abaya. Notice the book he’s holding. :)

A final pose before we headed to IHOP. Breakfast for dinner, the best kind of dinner. 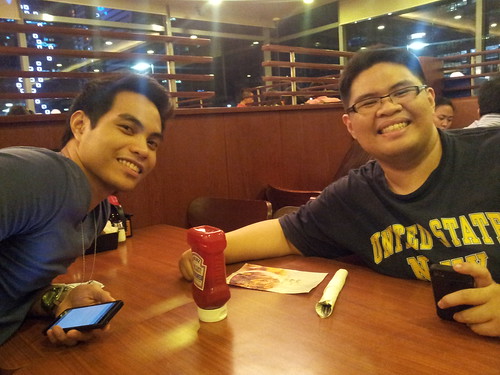 Many thanks to Paolo for the invite, and to Mervin for the great art for After Lambana. Mervin is aiming to finish the book this year, so we can have a print run next year. Exciting times ahead.

I’ll be at the Komikon next week! See you all there.