How else can you make the doomed love story of Romeo & Juliet new? Baz Luhrmann brought the young lovers to the modern age while retaining the original lines from Shakespeare’s play; Chris Melohn incorporated social media and dance; the Hypokrit Theater Company brought them to New Delhi and spiced up their story with elements of Bollywood.

In Swear Not By the Moon, the Langgam Performance Troupe does two things: they reverse the gender roles, and they change the space, restricting fair Verona to a loft bed. 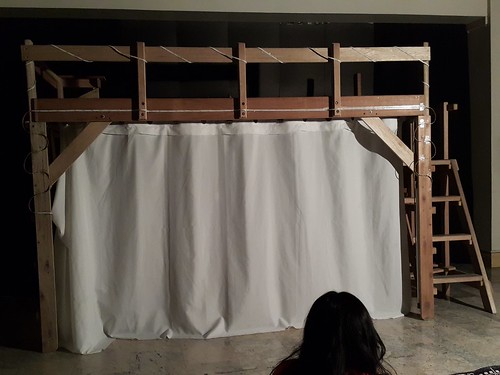 Romeo & Juliet is perfect for a theater experiment in gender role reversals as the two lead characters already challenge the ideas of what their gender can and cannot do in their day and age. Romeo, unlike the men from his family, is sensitive, pines for his love, shies away from violence and confrontations. Juliet, unlike her nurse and the Lady Capulet, is bold (“Then have my lips the sin that they have took…You kiss by the book”) and is not afraid to take matters into her own hands. The gender bender highlights these supposed feminine and masculine qualities found in each character. (Note Joel Garcia’s [as Juliet] booming voice as he tells the nurse to pick the cords up, and Jacq Nacu-Garcia’s [as Romeo] whiny tantrum when she finds out that she will be exiled; note also that these actors are an actual married couple!)

In a way, the gender bender is not that bold of an idea (it has been done before), but coupled with the restrictions in space, it makes for an interesting theater experience. By moving away from the traditional proscenium stage, Jenny Logico-Cruz and team has to restrict the number of actors (you can’t have 10+ actors bumping into each other on that loft bed), distilling the ensemble characters into only two actors. Note how the characters are categorized: the friar and the nurse–counsel and kunsintidor both–is played by the same actor (Anna Karenina Salgado, who I think is fantastic, in her first professional play), while another actor (Neil Raagas) plays the poor casualties of the feud: Lady Capulet, Mercutio, Tybalt, Paris, with the actor employing the same body language, the same languid, cat-like body movements. On a continuum, this runs Tybalt to Paris, with Paris the most cat-like of the four, draping the entire length of his body on the incredulous Juliet.

All of the actors wear white–blank slates–allowing the performance to carry the play, as the actors are unable to hide behind scenery, costume, props, or even hair. 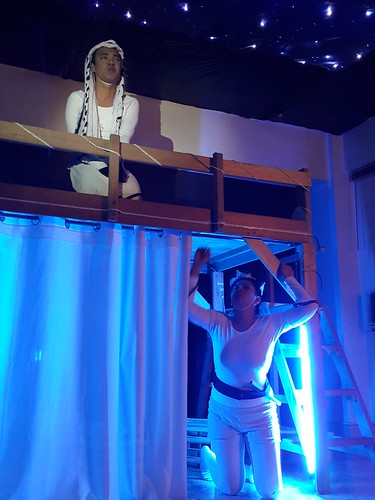 My main critique would be some of the actors speak the lines so quickly that I can’t understand them. (Which could be a downer for audience members who are not familiar with the original script.) Other than that, it was a great three hours of raw theater. 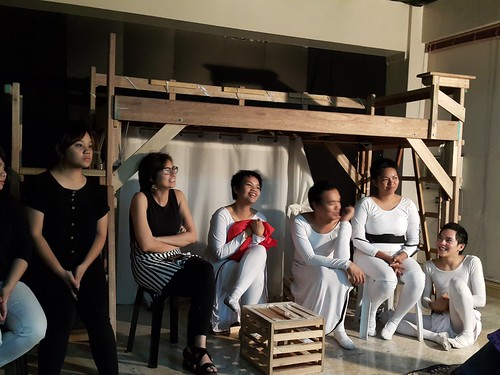 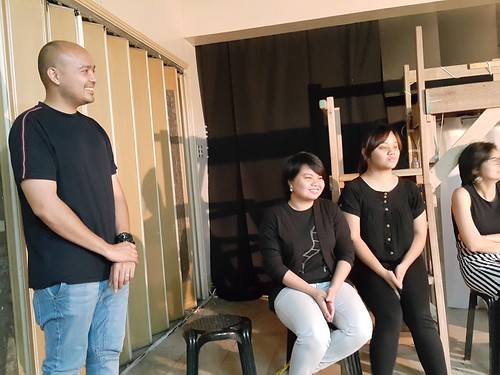 5 thoughts on “a happy dagger whittles down ‘romeo & juliet’ to its bare essentials: swear not by the moon (langgam performance troupe, january 2016)”