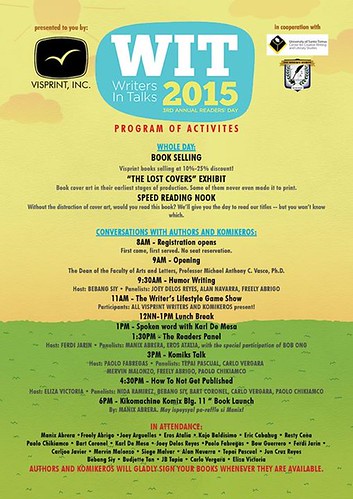 Thank you to my publisher Visprint, the UST Literary Society, and to everyone who attended the Writers in Talks (WIT) 2015 event on March 21. I had so much fun, and I do hope the aspiring young writers in attendance learned a thing or two. There are photos floating around in the ether, but here are some of mine: 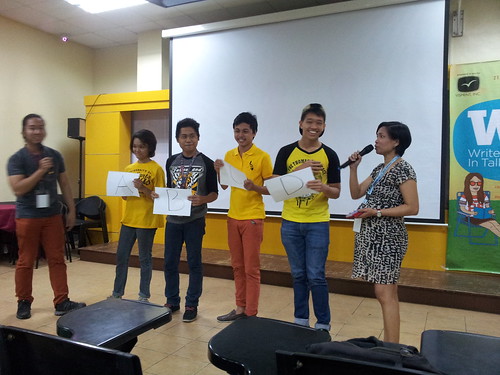 This is at the beginning of Writer’s Lifestyle panel, which I thought was pretty fun. The host asks a question (“How often do you release new work?”) and the writers line up behind the choices (“A: Prolific, every month; B: Happy Birthday, once a year; C: Century egg” — you can guess what this option means.) 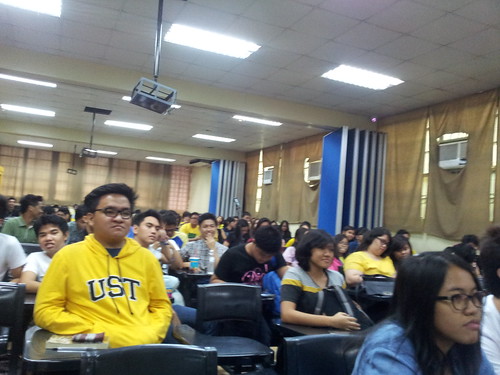 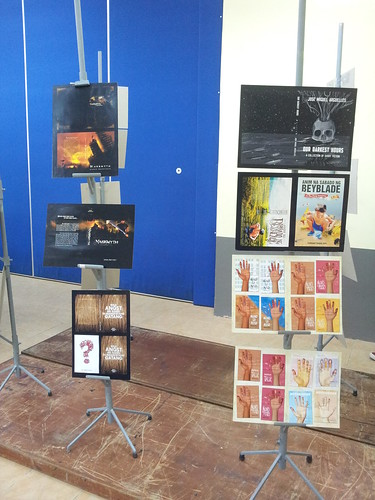 This is from the Lost Covers exhibit — an exhibit of rejected covers. I wasn’t able to take a photo of the alternate Dwellers cover. (It was white instead of black.) 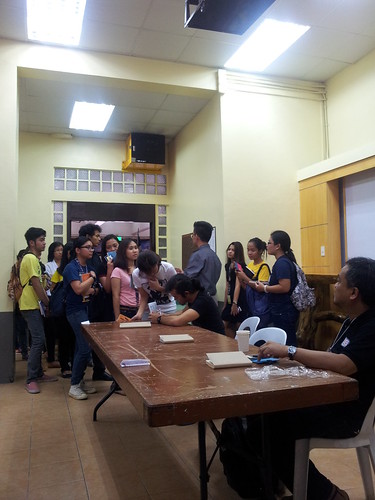 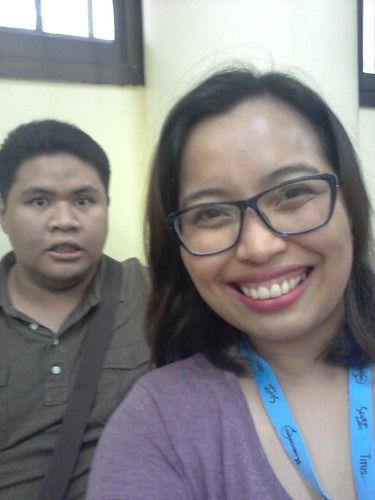 The Komiks panel was facilitated by Paolo Fabregas. 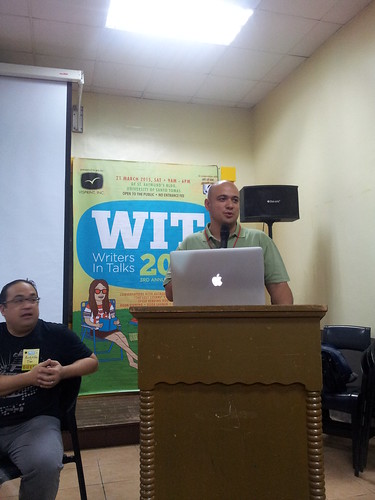 Mervin Malonzo showed old sketches from his childhood. Very interesting to see how his style evolved. 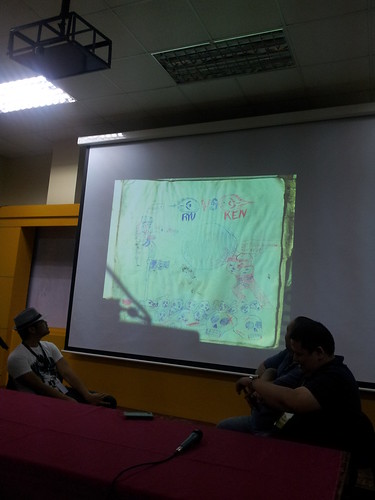 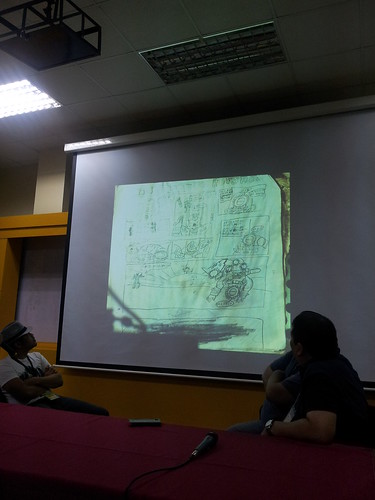 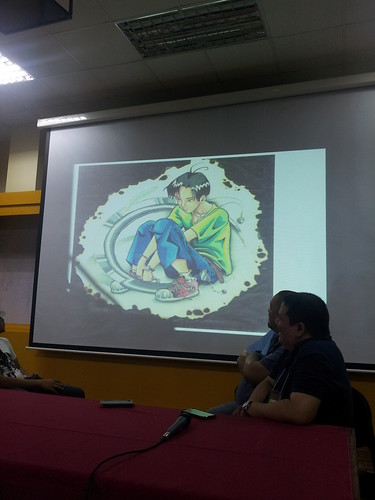 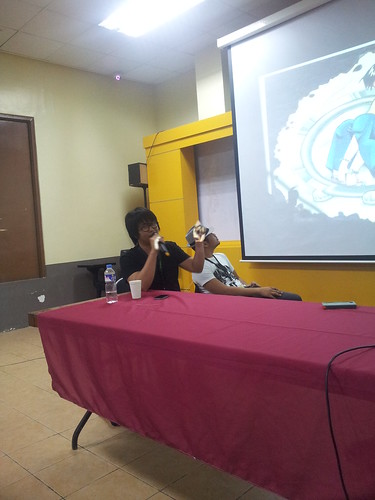 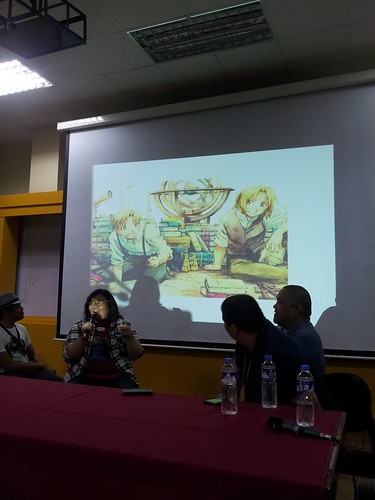 I facilitated the Publishing 101 panel with Paolo Chikiamco, Bebang Siy, Nida Ramirez, and Bart Coronel. We discussed: “red flags” in publication contracts, publication horror stories, services writers can expect from a traditional publisher, comparisons of digital/self/traditional publishing, and ways we can improve the local publishing industry. It ended on a great note, with Paolo talking about how important it is for writers to empower themselves. “Every time you look out for yourself as a writer, you look out for other writers. Every time you sell yourself short, you make it easier for publishers to sell other writers short. You will see that there are movements to create a situation wherein those who create benefit the least from their creations. You should not let this happen.” 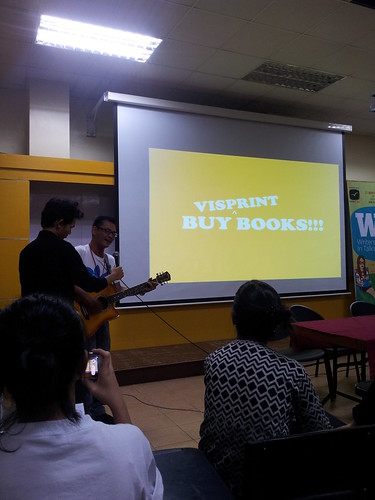 Manix Abrera gave away some cool prizes (I wanted the Alan Moore comics SO BAD — next time I’m going to stop by the registration table!) including a lifetime supply of Kikomachine Komiks. He was serious. 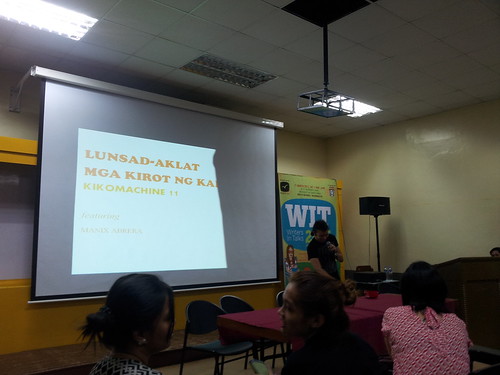 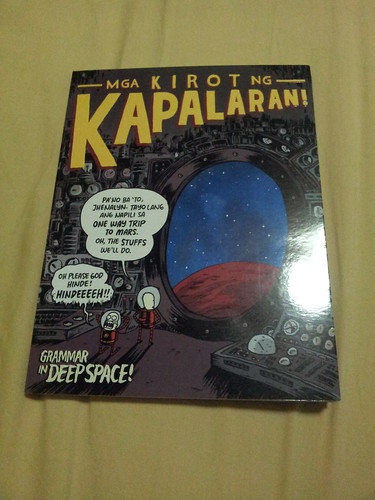 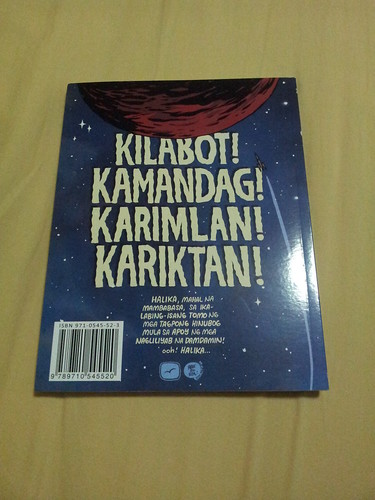 And I will see you there of course!

When: March 21, 2015
Time: 9AM – 6:00PM
Where: Ground Floor St. Raymund’s Bldg., University of Santo Tomas in cooperation with the UST Literary Society
Open to the public!
No entrance fee!

9:30AM-11:00AM: Humor Writing Panel
Humor is more than jokes and slapstick. Truly memorable humor makes us laugh–and think about what’s so funny. Visprint writers and artists come together to discuss how to write and draw funny, where they get their ideas, and the secret to using media to tell good jokes.

11:00AM-12:00NN: Writer’s Lifestyle
Want to see your favorite Visprint writers participate in a game show? We do.

3:00PM-4:30PM: Komik Talk
Listen in to Komikeros talk shop: their dream projects and the comics they want to make, stories in the pipeline, and their plans for 2015.

4:30PM-6:00PM: Publishing 101
One does not simply become an author. Seasoned writers and publishers reveal what they look for in manuscripts, how they pitch their stories, and what kind of readers they write for. We’ll even tell you How Not to Get Published.

Concurrent exhibits:
Lost Covers
Visprint illustrators and artists exhibit book cover art in their earliest stages of production. Some of them never even made it to print.

Reading Nook
Without the distraction of cover art, would you read this book? We’ll give you the day to read our titles–but you won’t know which.