We were headed to Tagaytay. The morning was uneventful: we met up on time, didn’t encounter heavy traffic, stopped at Paseo (which I didn’t know had a gazillion store outlets!) for Kanin Club, had coffee, went back on the road.

Then we used Waze.

Then we got lost.

To be fair, it wasn’t Waze’s fault. I think the Internet connection got cut just when we were about to take a critical right turn. Our 30-minute trip ballooned to nearly two hours trying to look for the hotel.

So our plan to nap, take a shower, and spend time fixing our hair got squished into fifteen precious minutes. But we still found time to strike a pose. 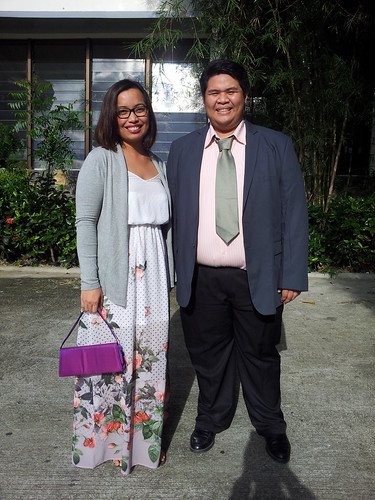 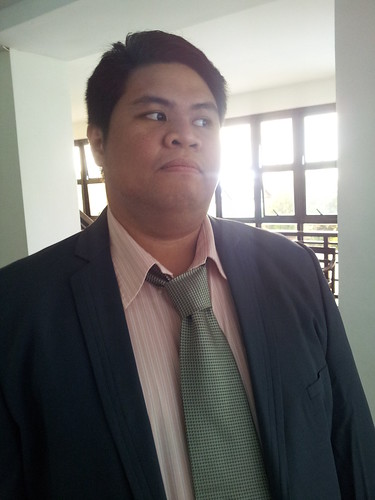 We had reservations (it’s funny when you take into consideration that word’s other meaning) at Le Jardin Rosella. It was a beautiful place, but the staff seemed…clueless. Like they weren’t expecting us. So we got dressed in the building’s downstairs washroom while waiting for housekeeping to bring our keys. While waiting for anyone, really. Anyone? 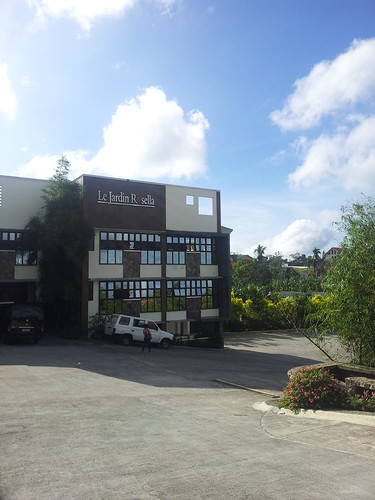 Anywho, we had to dump our stuff in the rooms and run because the church was an hour away.

But our timing was impeccable. We got to the church seconds — seconds! — before our friend and colleague walked down the aisle. We cheered for the bride, nearly including ourselves in the SDE video (which would have been a production disaster, or a viral video in the making), hardly believing our luck. What are the odds. 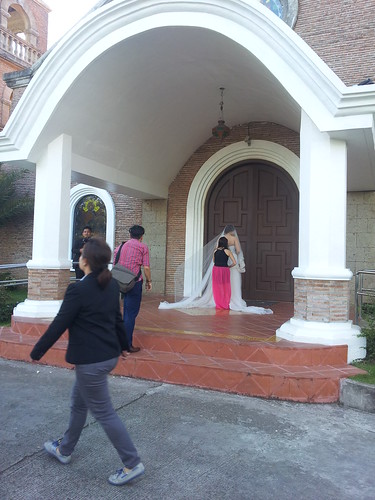 It was a beautiful ceremony. The priests knew the couple so their homilies and messages to the newlyweds were personal and heartfelt. 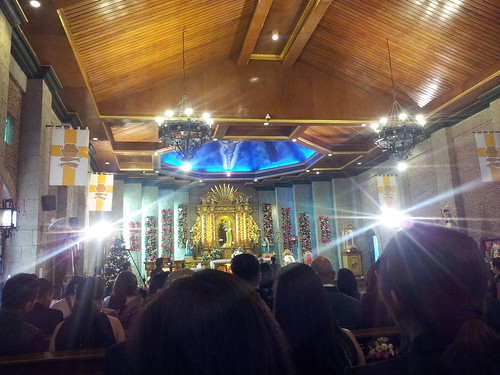 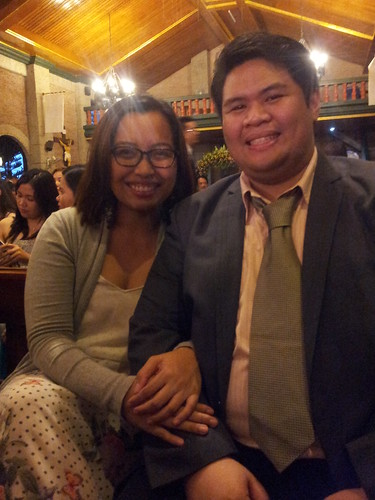 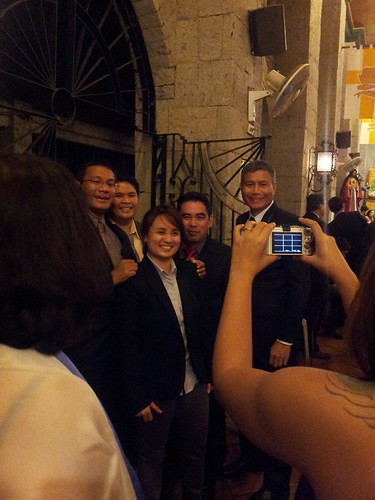 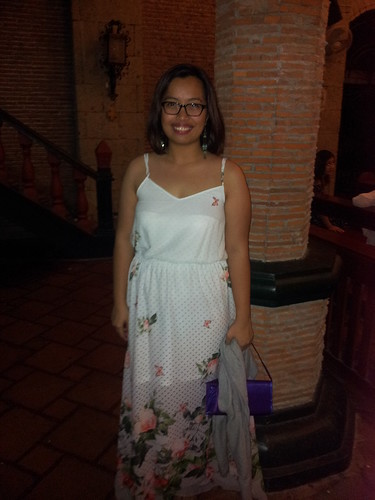 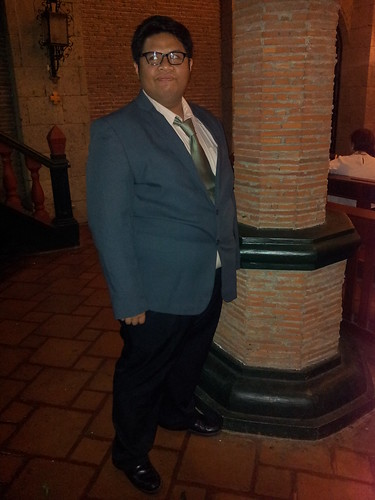 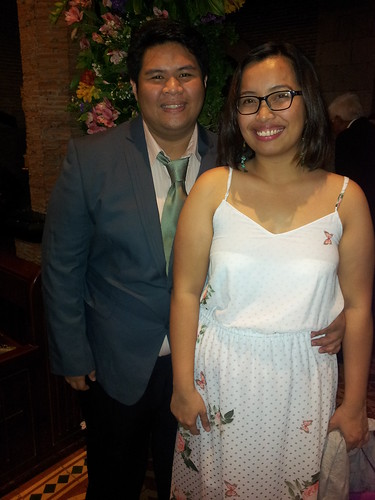 The group photos were from Maida (who organized this trip, sponsored by Waze). (I’m kidding.) 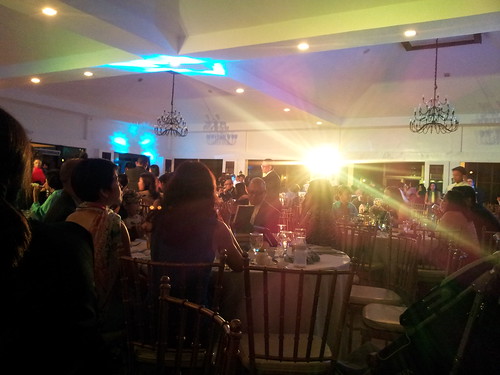 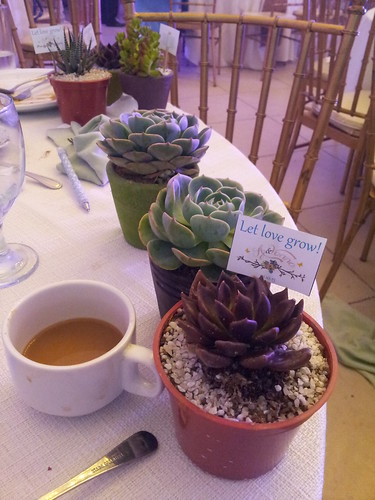 The bride letting her hair down. 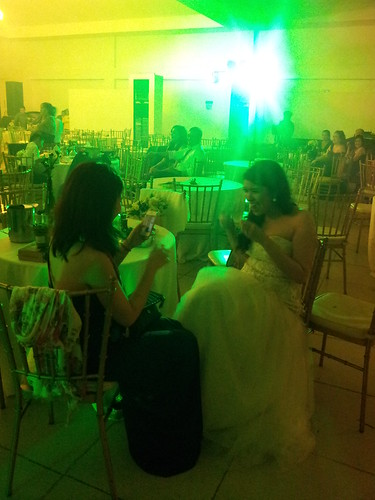 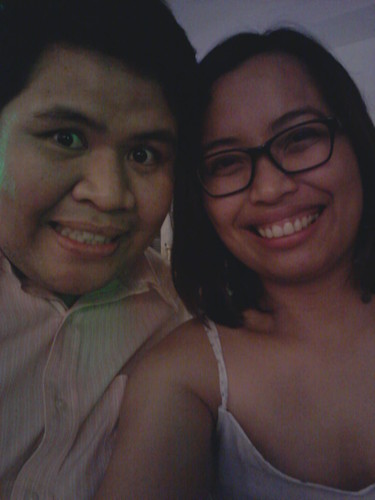 Now, back to the hotel. We got back at midnight and there were no extra beds (even though we paid for extra beds) and no running water. We had to hunt down people to get these necessities, and when we finally got water running, there was no hot water. Remember that we were in Tagaytay. In January. At midnight. Hashtag pulmonya.

The next day, we were told, after we waited for more than an hour, that they could only serve four meals. I don’t know how they came up with this number. There were nine of us, and we were all paid. The OIC, Lala, gave excuses (they were busy with an event, maraming absent, papunta palang po ako ng office) instead of apologizing. Only one staff member, Roland (or Ronald, I forget) understood customer service and went out of his way to serve us coffee.

So thumbs-down for Le Jardin Rosella and their incompetent OIC, Lala. Don’t stay with them, or at least think twice. I think you’re better off staying somewhere else.

But two thumbs-up for your lovely wedding, AJ and Vanna! The very best of luck to your life together. :) 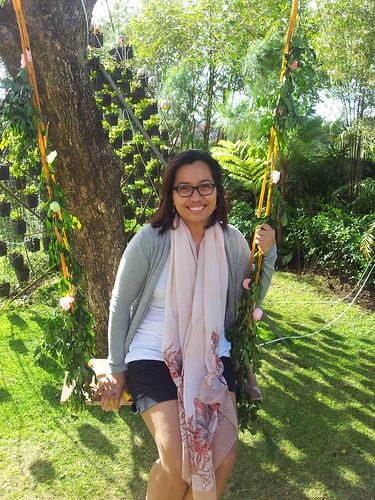 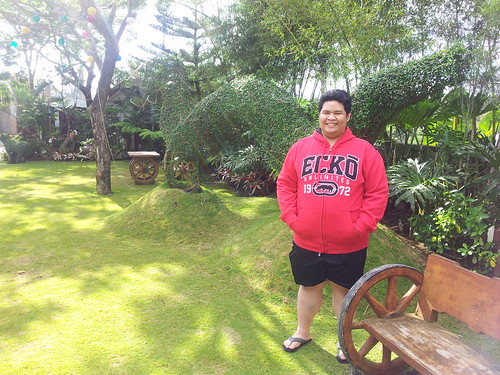 Almi and Kim got married on Nov. 14 in Talisay, Batangas. There were debacles along the way (loud construction outside the church, tardy priest, strange homily, sudden heavy rain during the reception) but it was perfect. Love is a beautiful thing. Just ask the newlyweds, who remained in good spirits even as rainwater drenched one of the tables. For better or for worse, indeed.

PS The very creative Almi made most of the – collaterals? I don’t know what word to use – for her wedding day. Witness the creativity here, starting with Day 100.

Mark, a friend from high school, got married one beautiful Saturday afternoon.

Table 20 at the reception.

On Sunday, we hiked over to Taguig to try the goods at Bar Dolci.

It’s not like I’ve tried everything, but I can vouch for White Chocolate Wasabi.

They also have macarons and jelly candy.

Some links for your reading pleasure:

Lower Myths is now on iTunes for US$2.99

My poem, “Amaranthine”, is live on the Philippines Free Press

Hope your weekend was as delicious!